Just because you are vegan doesn’t mean you have to miss out on bacon. There are plenty of meat free bacon alternatives available to purchase online in the UK made from all sorts of plant based ingredients.

The most common types of vegan meat free bacon include Tempeh, Mushroom, Tofu, Coconut and Seitan. These items are usually marinated in a combinations of ingredients to add flavour and colour.

Broadway Vegan Market has found a number of meat free alternatives to bacon available in the UK. These are ready to buy and be sent to your door quick smart! So give them a go and let us know what you think, we would love to get some reviews. 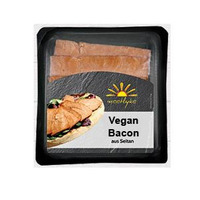 Vegan seitan-based slices! The Meetlyke vegan bacon is a true game changer: use it for a vegan BLT, a vegan carbonara or as part of a delicious vegan breakfast, or enjoy them on their own.
BUY ONLINE 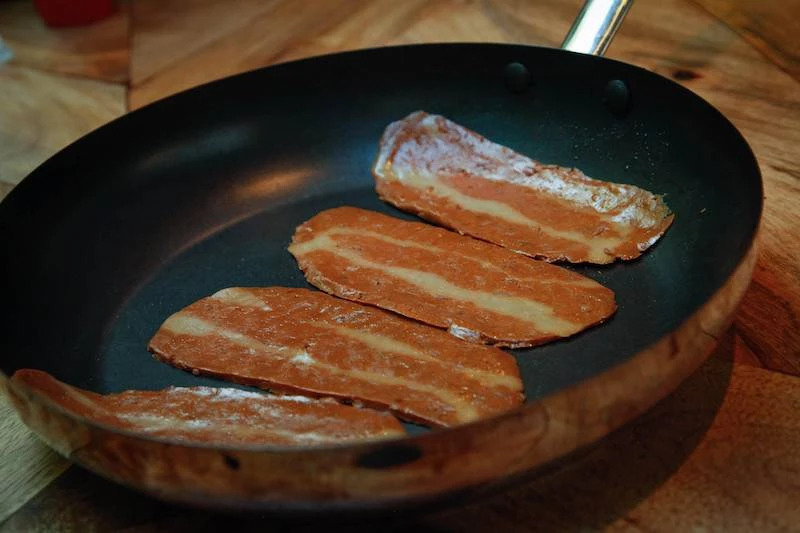 Smoky Slices with a Hint of Maple. Not just made to look like streaky bacon, Sgaia has reinvented the streaks in their rashers to create a delicious play on flavours and textures.
BUY ONLINE 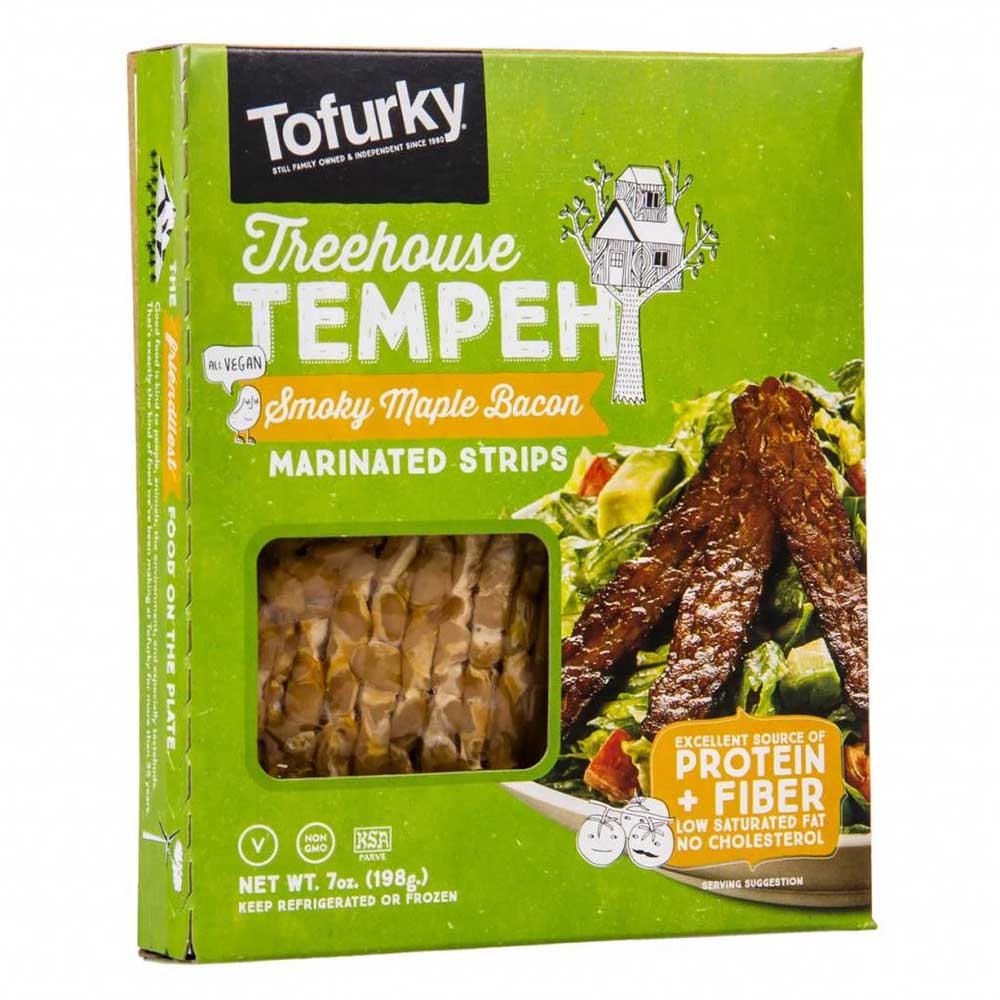 For the joys of eating bacon without the hurting animals, cholesterol or fat. Combine with lettuce and tomato for a tremendous "TLT" sandwich or enjoy on a salad.
BUY ONLINE 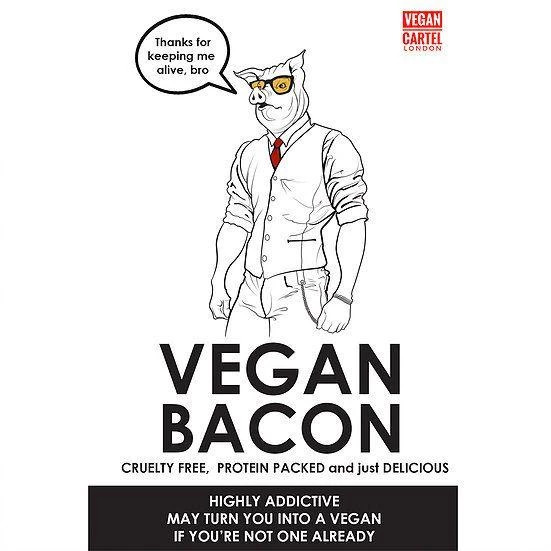 This plant based bacon is a result of months of experimenting with a different combinations of ingredients in order to find the perfect recipe. Rich in Protein, B12, Love and Magic. Will definitely destroy your cravings and make your body and soul feel good!
BUY ONLINE

As mentioned earlier, there are a number of different plant based recipes for vegan bacon. Let’s take a look at these in a bit more detail.

Tempeh is essentially fermented soybean which has the ability to easily absorb the flavour from spices used when cooking with it. Tempeh can be cooked in small pieces for a crispy texture, or thicker strips for a more chewy experience. The ability to shape tempeh just how you want it makes it quite a versatile option when making vegan bacon.

A very easy way to make vegan bacon is to use coconut chips. Simply use unsweetened coconut flakes soaked or even drizzled with Tamari or soy sauce, liquid smoke and maple syrup then slide it in the oven until golden brown. The hard part is not eating the whole batch before they have even cooled!

Mushrooms are a great vegan and vegetarian alternative for bacon. You can either use the stalks or slice the tops into strips, marinate and eat. Even throw them in a dehydrator for use as an everyday snack – make your own vegan jerky!

Seitan is similar to tofu and tempeh however it is not made of soy, it is actually made from wheat, and more specifically gluten – so for those with gluten intolerances it’s best to avoid these types of vegan bacon.

Tofu bacon would be one of the more popular ways of making vegan bacon. Strips of tofu can be marinated in spices and liquid smoke and then fried.

Q. What is Vegan Bacon made from

Vegan bacon can be made from a number of meat free products including tempeh, tofu or even coconut. These items are often marinated in flavourings such as soy sauce and liquid smoke and then cooked or fried to give the appearance of bacon.

Q. Is Vegan Bacon good for you?

Surprisingly, some meat free products such as vegan bacon can actually contain more fat and calories than actual meat products. Whilst this does not apply to all meat-free products, be sure though to check the ingredients first.

Q. Where to buy vegan & vegetarian jerky from?

There are more and more vegan shops popping up throughout the UK both physical stores and online stores and most will stock a wide range of vegan bacon alternatives. Greenbay Supermarket in London is our recommendation and stocks quite a few products.